The state of West Virginia’s most recognizable sports voice is in his second decade with West Virginia Radio Corporation.

Tony joined the company in 1984 as a news anchor on WAJR in Morgantown, and assumed the role of Sports Director when Metronews was created two years later. He took over as host of the Metronews Statewide Sportsline in 1986.

Critically acclaimed for his work, he is a multiple winner of the state’s sportscaster of the year. In addition, Tony has broadcast nationally on ESPN, Westwood Radio, and regionally for the Big East and Atlantic Ten television networks.

A native of Lockport, New York, and graduate of the S.I. Newhouse School of Public Communications at Syracuse University, Caridi began working with the Mountaineer Sports Network in 1987 as a television play-by-play announcer and feature reporter. He assumed radio play-by-play duties on MSN in 1997.

In addition to his on-air work, Tony oversees the Metronews Internet division and serves as Special Projects Manager for Pikewood Creative.

Tony and his wife Joan have three children, Michael, Andrew, and Matthew. 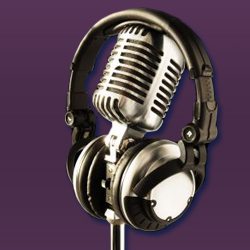